Ted volunteered for the Army Air Force in 1942. As a B-17 pilot for the 301st Bomber Group of the 15th Air Force, he flew numerous successful combat missions, including the flight over Yugoslavia on 3/9/1945 when his plane was shot down. With the help of Marshall Tito's friendly "partisans," Ted led his 10 man crew to safety. His last flight was April 24, 1945. Leaving the Army in 1945 as a 1st Lieutenant, Ted joined Southern Bell, where he worked as a customer service representative. 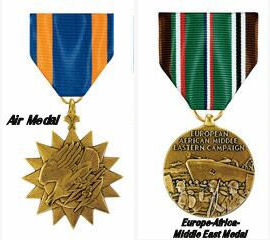 Please contact us with any biographical data, pictures or other information regarding the service and life of Theodore O'Callaghan.