The 301st was constituted as the 301st Bombardment Group (Heavy) on 28 January 1942 and activated on 3 February 1942. The 'Heavy' designation signified that they would be assigned 4-engine bombers and for the 301st that would become the B-17 Flying Fortress. The group relocated to England in July-August 1942 for their first combat station.

They were one of only two heavy bombardment groups in the newly formed Eighth Air Force. Their first combat was in September 1942 targeting submarine pens at Rouen. Other targets were airfields, railroads and bridges in France.

The 301st transferred to the Twelfth AF after moving to North Africa in November 1942. From these bases they started bombing docks, shipping facilities, airdromes, and railroad yards in Tunisia, Sicily, and Sardinia. They even went after enemy shipping in the Mediterranean. The group received a Distinguished Unit Citation (DUC) for actions on 6 April 1943 when the group withstood intense antiaircraft fire from shore defenses and nearby vessels to attack a convoy of merchant ships off Bizerte and thus destroy supplies essential to the Axis defense of Tunisia.

The group attacked gun positions on Pantelleria during May-June 1943. Following the defeat of the Axis in North Africa they began flying missions to Italy from July-October 1943.

Following the Allies victory in Sicily and a line of attack deep into the top of the boot of Italy, the 301st was assigned to the newly formed 15th AF in November 1943. They moved to new bases in Italy in December and embarked upon a strategic campaign of various targets such as oil centers, communications, and industrial areas in Italy, France, Germany, Poland, Czechoslovakia, Austria, Hungary, Rumania, Bulgaria, Yugoslavia, and Greece.

The 301st received another "DUC" for a mission to Germany on 25 February 1944 when, in spite of vicious encounters with enemy fighters, the group bombed aircraft production centers at Regensburg.

Thourghout the remainder of 1944 and 1945 until the German surrender, they supported ground operations, the invasion of Southern France and missions deep into Axis territory including Germany itself.

They returned to the United States in July 1945 and were redesignated 301st Bombardment Group (Very Heavy) in August but inactivated on 15 October 1945.

Reactivated on 4 August 1946 they were assigned to Strategic Air Command (SAC) and equipped with B-29's. 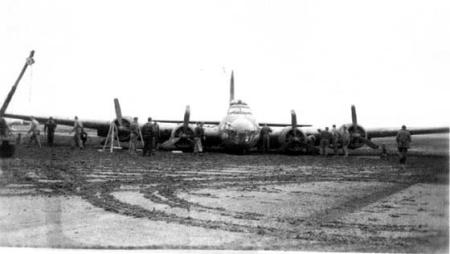 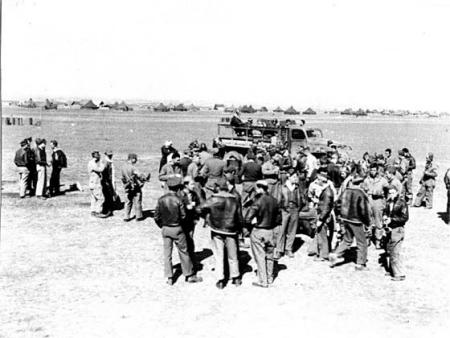 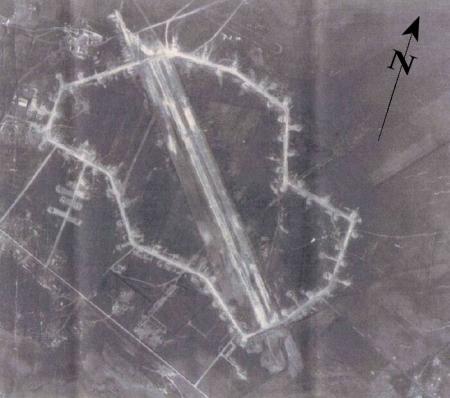 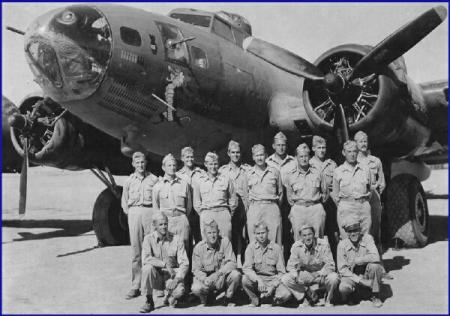