Distinguished Flying Cross Narrative ROBERT L. FRANCIS, 0 705 365, First Lieutenant, Air Corps, United States Army. For extraordinary achievement in aerial flight as pilot of a B-17 type aircraft. On 20 October 1944, Lt. Francis flew as Deputy Squadron leader on a mission to bomb the highly important oil refineries at Brux, Czechoslovakia. The flight proceeded without incident until the formation was approximately over the Alps, at which time Lt. Francis noted that the fuel gauge is indicated only twenty (20) gallons of gas in the main tank. Realizing that a vapor lock had formed in the feeder line to the tank. Lt. Francis withdrew from the formation, descended approximately one thousand (1000) feet and attempted to break the vapor lock by performing violent maneuvers with the aircraft. Realizing no success in the first few minutes of his efforts, he found it impossible to stay up with the group and reduced the speed of his aircraft to enable the next group of the attacking wing formation to come up with him, meanwhile continuing his efforts to break the lock in the lines. By diving, twisting, climbing and otherwise turbulently maneuvering his plane, Lt. Francis was finally successful in his efforts and the gasoline began to flow into the main tank again. He immediately joined the group formation which was at the time a breast of his plane and continued to the target with them. During the bomb run, an extensive barrage of anti-aircraft fire was encountered and a shell fragment struck the number four engine severing an oil line and making it necessary to feather the engine. Lt. Francis, by increasing the power settings on the other three engines immediately, was able to maintain his position in the foster formation with some difficulty and succeeded in releasing his bomb at the proper time. Lt. Francis skillfully and tenaciously held the same position in the group all the way to friendly territory and affected a normal landing on his remaining three engines. The level-headed efficiency and determination to carry out his assignment which Lt. Francis has shown on this particular mission has been uniformly evident during a combat career of forty-five (45) missions (twenty-nine (29) sorties) and two hundred forty-five (245:00) operational combat hours. By his alert airmanship and courageous devotion to duty Lt. Francis has upheld the highest traditions of the Military Services, reflecting great credit upon himself and upon the Armed Forces of the United States of America. Residence at appointment: Cleveland, Ohio. 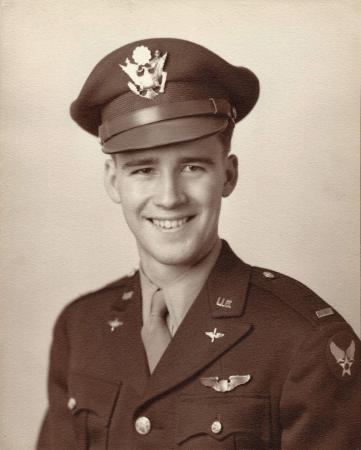 The following information on Robert Francis is gathered and extracted from military records. We have many documents and copies of documents, including military award documents. It is from these documents that we have found this information on 1st Lt. Francis. These serviceman's records are nowhere near complete and we are always looking for more material. If you can help add to Robert Francis's military record please contact us.

Please contact us with any biographical data, pictures or other information regarding the service and life of Robert Francis.