Lt. Charles J. McCarthy, Jr. was the son of Charles J. and Bessie (Weeks) McCarthy of Springfield, Mass. He entered the service on June 6, 1942.

He was awarded the Air Medal and three Oak Leaf Clusters after having completed 35 missions. He was a graduate of Classical High School and a member of the Sons of the American Revolution. He was survived by his parents; widow, Ora (Gaylord) McCarthy and four sisters.

His brother, Lt. Robert W. McCarthy, preceded him in death in a training accident at Independence, Kans. when the plane he was an instructor in crashed, on May 5, 1943 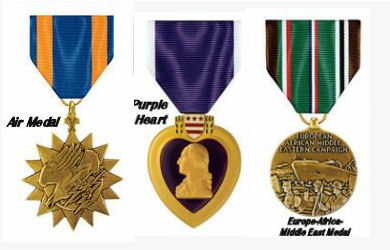 Please contact us with any biographical data, pictures or other information regarding the service and life of Charles McCarthy.