J.W. enjoyed every minute of his life. He was apart of the "Great Generation." He was proud to have served his country in overseas active duty from January 1942 through September 1945. He told stories about the war to anyone who was interested. He served in the Army Air Corps as part of the 301st Bomb Group, 352nd Squadron, 8th, 12th and 15th AAF. Shortly before he shipped out, he took an "under the wire" pass at Fort Dix, N.J. He called Inez Murnan back in Oklahoma and asked her if she'd wait and marry him when he returned, and the answer was yes. The couple exchanged letters over the next few years, but didn't see or talk to each other during the war. When he returned from the war they married on September 22, 1945 and remained married to Inez for the next 62 years. The couple had three children Mary Ann, Jim "Sky" and Sandra.

J.W. worked as an aeronautical electrician and a farmer in Noble, OK. He retired in 1973 from the FAA after 26 years of federal service.

J.W. spent the remainder of his retirement with his wife Inez Murnan King. Together they loved to garden. J.W. always had a dog that he liked to take on outings. J.W. was in great health and had his witty sense of humor up until the day he passed away. 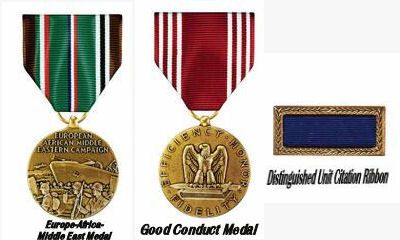 Please contact us with any biographical data, pictures or other information regarding the service and life of Jimmie King.