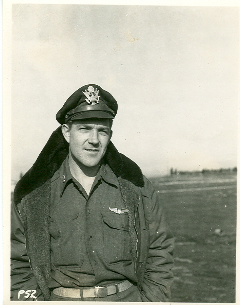 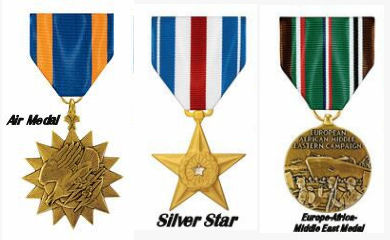 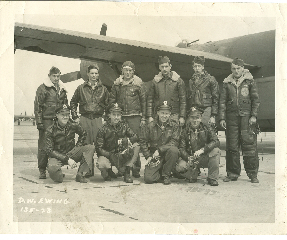 The crew shot is of the men who flew the B24G across from Topeka, Kansas to Northern Africa in March 1944. Captain Donald W. Ewing is kneeling on the left 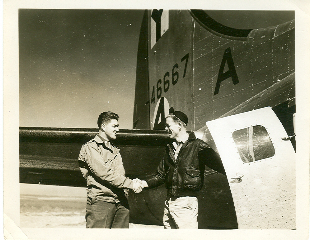 The following information on Donald Ewing is gathered and extracted from military records. We have many documents and copies of documents, including military award documents. It is from these documents that we have found this information on Maj Ewing. These serviceman's records are nowhere near complete and we are always looking for more material. If you can help add to Donald Ewing's military record please contact us.

The Saddest Story you ever heard PDF

Please contact us with any biographical data, pictures or other information regarding the service and life of Donald Ewing.