My father joined the Army Air Force in 1939 and served as squadron flight surgeon. Also, he flew on the B-17's and was shot down twice. The first time was in North Africa, around the time of Kasserine Pass. He mentioned he came down around a French defensive position.

He met my mother, an English actress, during the war. My mother died young (44) and was living in New York. She mentioned to me one time that she attended a squadron party as my father's date. She told me that she had a great time, but when she went to another party later on, she noticed that the people she met previously were not there. When she asked my father where they were, he told her they were all dead. The mortality rate was truly horrendous.

My father suffered seriously from what we now call PTSD. Perhaps that is why he went back to school after the war and became a well known psychiatrist/neurologist. He was a founder of gestalt psychiatry, and was a strong believer in "talk therapy."

When he passed away, my brother and I located his DD-214, and noticed that he had a great many medals. I have no idea what he did to earn them, other than war service. I have tried to get more information about his service from the DOD, but they say that service jackets from his era were burned in a fire. He is buried in McAurthur Field on Long Island, New York.

During my lifetime, my father never used his first name. He always introduced himself as "Buck." I believe that is the name he had always been known by. He was substantially native american of the Dakotah tribe. There is not a lot I know about his war service as he did not care to talk about it. He would tell me that was is about death and suffering, and would not tell stories about his service other than the odd observation. For example, he mentioned the optical illusion that flack always looked like it would hit you as it came up, only to disperse around you as it got closer. 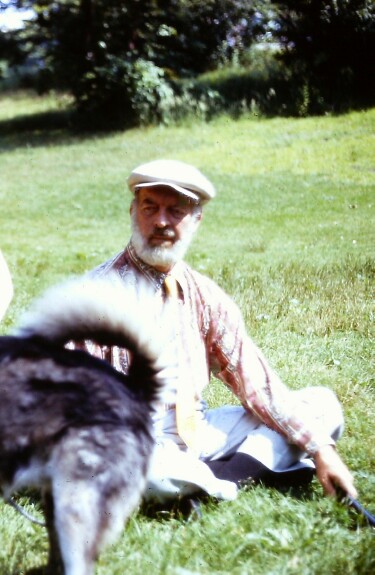 Please contact us with any biographical data, pictures or other information regarding the service and life of Sylvester Eastman.