Leonard W. Wades was born in Detroit, Michigan August 13, 1922. At an early age, he displayed considerable talent for the fine arts. He attended Detroit's prestigious Cass Technical High School, graduating in 1940 and was offered a scholarship to Pratt Institute in New York City to study commercial art. However, due to the death of his father, he had to take a job at a packing house to support the family while studying commercial art at a local Detroit college. At the outbreak of war, he enlisted in the US Army.

Originally assigned to the Cavalry/Tank Corps, he volunteered to transfer to the Army Air Corps due to a shortage of men. After attending aerial gunnery school in Nevada, he was transferred to the European Theater and assigned to the 301st Bombardment Group, 419th Squadron, as a tail gunner.

His background in commercial art came in handy while stationed overseas. He was often commissioned to do nose art on various aircraft. He once told a humorous story regarding pin up art. Having painted an attractive pin up girl on the door of the enlisted men's club, he was soon approached by a senior officer who insisted that the officer's club should have its own pin up girl of equal quality. Of course, he complied with the request.

He talked very little about the real details of war, limiting most of his information to the more humorous incidents or human interest stories. Like many veterans, I suspect he chose not to dwell on the unpleasant and difficult aspects of combat.

Like many returning veterans, he took advantage of the GI Bill upon his discharge. He eventually attained a Degree in Dentistry from the University of Detroit in 1954 later specializing in orthodontia. He served on the Board of Directors, the Admissions Committee, and in similar capacities at the U of D Dental School for many years while practicing dentistry and orthodontia in Owosso and West Bloomfield, Michigan.

Despite choosing a career in dentistry after the war, Leonard maintained a love of the fine arts. He continued to pursue art throughout his life, specializing primarily in wildlife art and the design of stained glass lamps, windows, and commissioned art work.

Leonard passed away on February 13, 2003 after a long battle with cancer. In all aspects of life, he represented the best characteristics of the greatest generation. 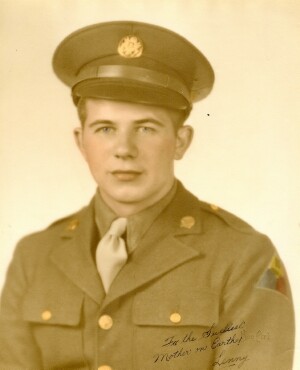 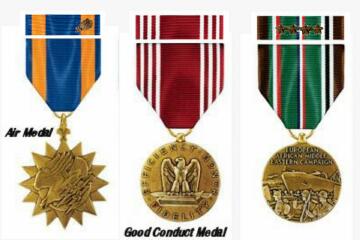 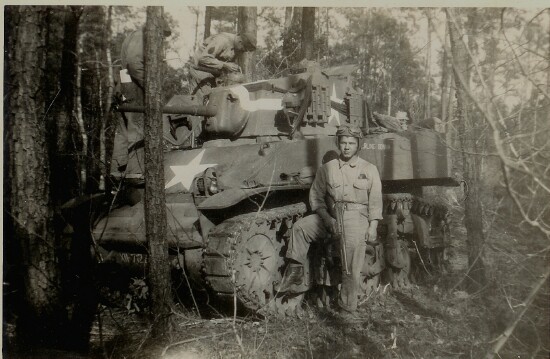 Leonard in the Tank Corp. before transferring to the 419th 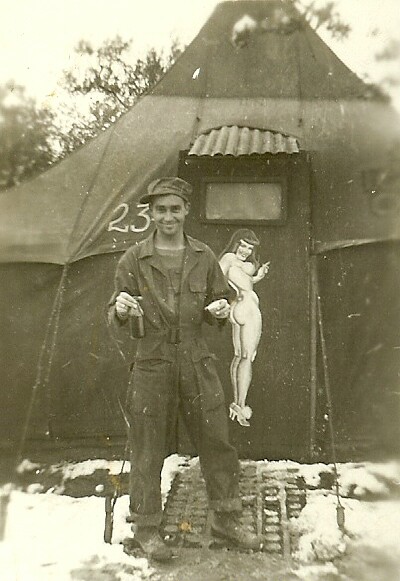 The following information on Leonard Wades is gathered and extracted from military records. We have many documents and copies of documents, including military award documents. It is from these documents that we have found this information on S/Sgt. Wades. These serviceman's records are nowhere near complete and we are always looking for more material. If you can help add to Leonard Wades's military record please contact us.

Please contact us with any biographical data, pictures or other information regarding the service and life of Leonard Wades.